“Apricot & Sea Naxos Villas” is located at 10km (20min drive) southwest of the Port of Naxos and at 7km (15min drive) from the airport. Our position is considered privileged because we are located on the west coastline with the most beautiful beaches of the island, at a distance of 5-10 minutes from the most popular northern beaches, and 1-10 minutes from the southern quiet unorganized ones.

OUR PROPERTY IS ACCESSIBLE BY:

- Lagoon of Glyfada, a brackish wetland, which it is chosen by many birds during their migratory journey, south of us (6km - 13min).

- Tower Oskelou is one of the few relatively close to the sea. It stands out for his great height and strongly defensive character. Additional offers nice views towards Paros and Ios, east of us (5,1 km - 12min)

- Temple of Demeter in Giroula (Sangri) is Built between 530-520 BC from white marble on a hill overlooking a fertile valley with views to the sea and to the mountain of Zas. In the 6th century the ancient shrine stood a Christian basilica. It is eastern of us (7,9 km - 17min).

- Bazeos Tower: Built in the 17th century as a monastery of the Holy Cross dedicated to Christ and is one of the most characteristic samples of post-Byzantine architecture. The monastery functioned until the 19th century. On the premises of the most important cultural events hosted during the summer.

- Yria: The sanctuary of Dionysus that historians considered the forerunner of the Parthenon.The important archaeological site is open and it is north of us (6,9km - 17min).

Besides Orkos beach which is only 200m beneath our property and you can find small scenic bays with crystal blue waters, you my choose to swim in many other beaches, either world famous or less known, hidden diamonds.

Over the Port - Chora (Northwest):

The temple of Demeter, or else the sanctuary of Giroula.The archaeological site is located in the village of Sangri, at the center of the island.

Kouros of Apollona or the "lying" Kouros of Apollo is a reference point on the island. The impressive marble statue is estimated to have created the 6th Century BC and its length exceeds 10 m. It is "lying" at the entrance of the ancient quarry of the region and impresses visitors with volume. It is 50km northeast of the town-port.

Apiranthos: situated 32km southwest of the Port. Feature of the village, the traditional architecture of the stone houses, the well-preserved churches and four museums.

Filoti: located 18.3km east of the town of Naxos. It is the largest village on the island. He has a rich history, many important monuments and the surrounding area is ideal for those who love hiking, as there are many hiking trails.

Apollonas: located 54km northeast of the town of Naxos. The picturesque harbor, the Statue of Kouros and the village beach is a reason for an excursion in the north of Naxos

Halki: located 15km east of the town of Naxos. The mansions, the imposing towers and Byzantine churches, testify that once the village had glory seasons. Halki - other called Tragaia- was formerly the capital of the island.

Koronos: located 30km northeast of Naxos Town and has been described by National Geographic as one of the prettiest villages in the Cyclades.

The paths of Naxos, from ancient times until the end of the 60s, were the main system of movement of residents from one village to another and from their settlements in their farms. Hikers have the opportunity to admire the particularly beautiful natural surroundings, while contact with the history and culture of the island, encountering ancient ruins, medieval castles, monasteries, churches and fountains, mills, oil mills and other major elements of life of residents. Take a tour to Link below for more details on the suggested routes. 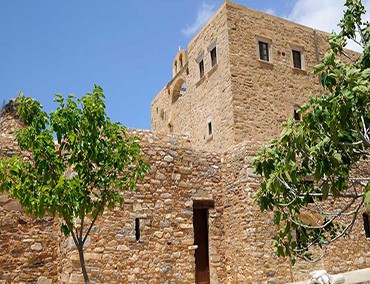 Naxos Festival started in 2001 with the aim to encourage the contact of local people as well as visitors with the diachronic and contemporary cultural artistic activity. The Festival has since managed to transform into a platform for intercultural meetings including art exhibitions, music, theatre, dance performances and other activities. 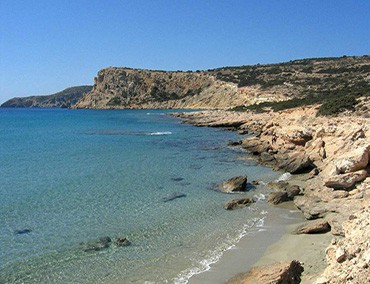 Discover “Small (or Lesser) Cyclades”; a charming chain of small, secluded islands in the southeast of Naxos. This island complex is nothing short of a quiet paradise, thanks to the mountains of Naxos and Amorgos which act as a barrier, holding the winds back. 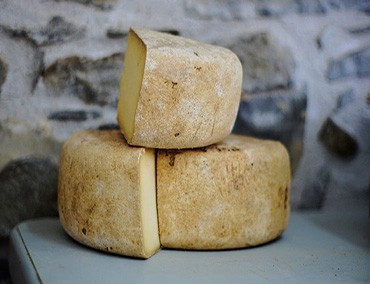 Discover the delicious cheeses of Naxos

Cheesemaking has a long history in Greece. The earliest records of this craft can be found in Homer’s “Odyssey” where the one-eyed Cyclops, Polyphemus, was the first to produce cheese. Today, there is a huge variety of traditional Greek cheeses with many distinct flavors. 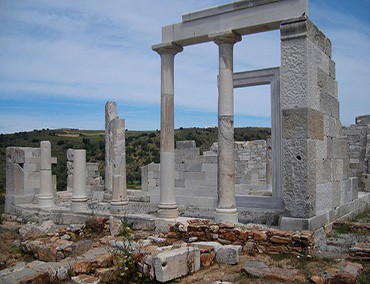 Archeological sites to visit at Naxos

It is well known that Greece is a country with a great history dating back thousands of years. The island of Naxos is no exception to this rule! Here are some of the major sites of archaeological interest you should visit if you are on the island: Temple of Apollo 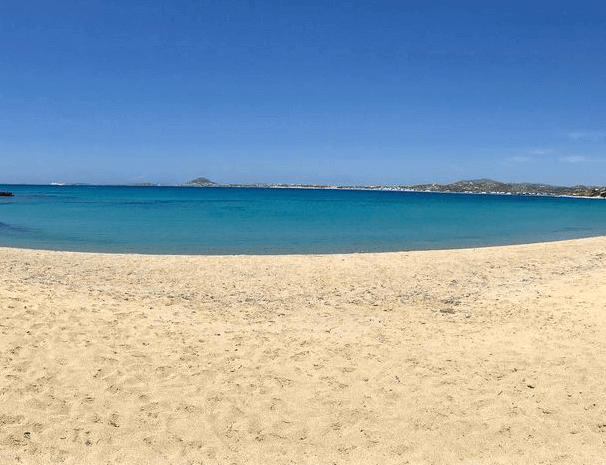 Naxos is an island of Cyclades, bathed by the azure waters of the Aegean Sea. Its coastline provides shelter to those who seek a place to relax, as well as for those in search of thrilling water sports. Among the most popular yet tranquil beaches on the island of Naxos, Mikri Vigla beach offers the ideal combination of serenity and modern facilities. Greek cuisine is world famous for its rich taste and the wonderful combinations of high-quality ingredients. Both delicious and nutritious, traditional recipes have become true favorites of travelers everywhere. Simplicity is celebrated through sumptuous salads and appetizers, main dishes and desserts.